Believe it or not, February has been a pretty low-key month for Sage.

I mean, as you might remember from every picture taken of her ever, low-key is kind of her approach to life. Also – Awkward? Nervous? Never quite comfortable with the camera? Yeah, all of that, too.

As much as Sage loves the occasional sprint through the dog park, she really shines in an indoor environment packed with couches, blankets, and treats.

She has always been a back sleeper – like, the kind of back sleeper where her legs stick straight out in every direction – and as Bjork and I did some research, we were not surprised to read that “when a dog is doing the Crazy Legs, they are letting their family know that they feel 100% comfortable and safe in their environment.”

Yeah, that sounds about right, Sageroontoons. Sage’s big win this month has been playing fetch. She has always been afraid of a) balls, and b) the heating vents in our house, which makes fetch difficult as the balls often roll over the vents and immediately the game is done. But my mom got her a tiny squeaky stuffed animal that is supposedly infused with lavender, “promoting relaxation with each squeak” – lol – and now she wants to play fetch.

Okay, WANTS to play is a stretch. It took some work aka treats to get her to figure out what she was exactly supposed to do, but now I can toss her little stuffie across the room and she knows that she’s supposed to go over and pick it up.

This is her I-don’t-know-why-you-think-this-is-fun-but-I’ll-do-it-for-a-treat face: Sage’s one big challenge this month has been – and will continue to be – dropping a few of those sweater-bod pounds that she’s accumulated over the last few months. I am not gonna lie – her second, third, and fourth chin rolls are getting pretty extreme. The vet tells us that the rolls are less of a concern, but the overall extra weight (in her case, a solid 3-5 lbs.) should probably be addressed. So Sage’s fitness future is looking like a combination of a little less food and a few more walks around the ‘hood.

Mostly, Sage is a queen and we love her.

Here’s a peek at her February highlights. WHO IS THIS DOG LOL. *Photo cred to Bjork for many of these Sagealicious pictures! Team effort on this post. 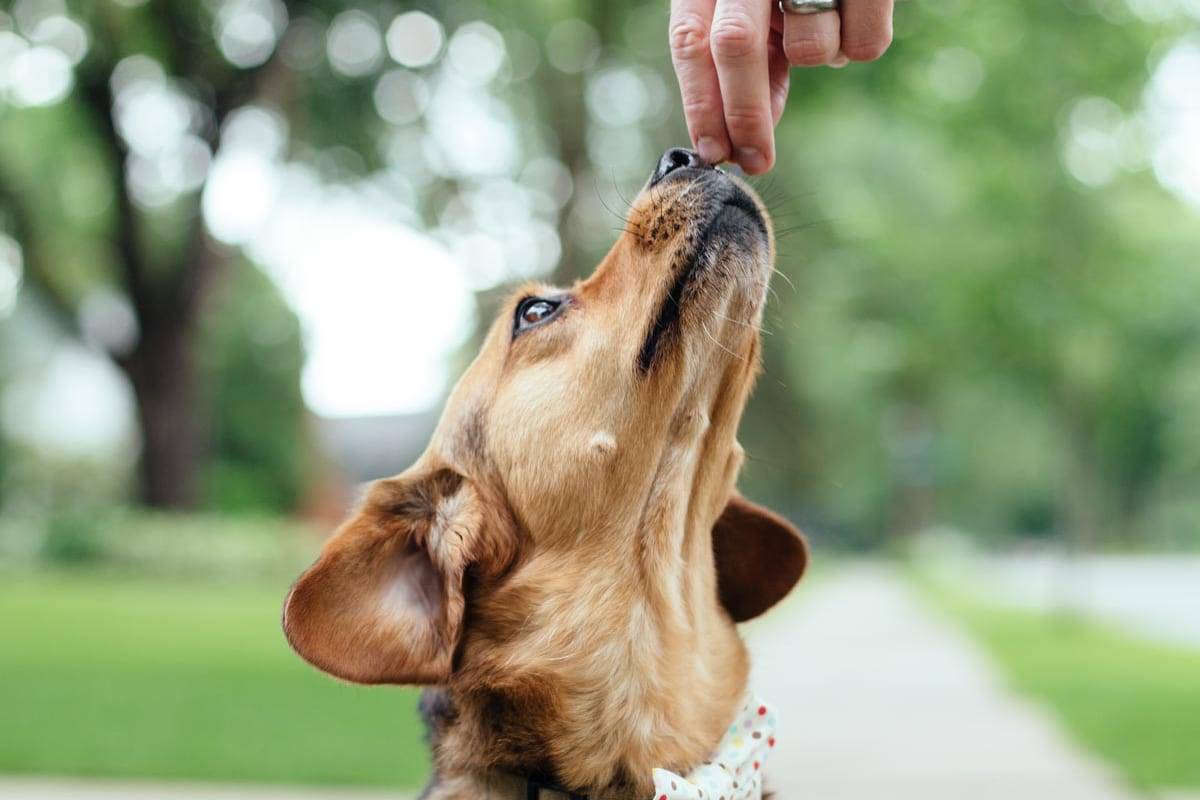 The post Sage in February – 2018 appeared first on Pinch of Yum.